Nicotine is found in tobacco plants and is a natural insecticide; it is Mother Nature's way of protecting the plant from bugs.

Inhaled as part of a cigarette it is a powerful stimulant to the human body.

It is not a carcinogen.

It is a vasoconstrictor which means it constricts the arteries making it harder for the heart to pump blood around the body. 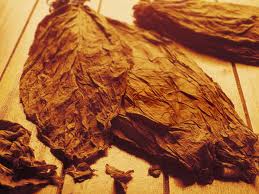 As it enters your body it is distributed via the bloodstream and crosses the blood brain barrier reaching the brain in as little as 10 seconds after inhalation.

It stays in your body for up to 5 hours.

In 1832 the first cigarette was invented by an Egyptian artilleryman when, because his pipe was broken, he decided to roll his tobacco up in a piece of paper in a tube shape. Prior to this, tobacco had only been smoked in a pipe or by rolling the leaves up. Manufactured cigarettes didn't appear until 1860 when the Americans made the first named Bull Durham.

Throughout the history of cigarette smoking there have been suggestions made that they are dangerous to health. Even as early as 1898 in Tennessee the Supreme Court upholds a ban on cigarettes claiming they are noxious and dangerous to ones health.

By 1972 the best selling cigarette in the world is Marlboro made by Phillip Morris. The famous "Marlboro Man" died in 1995 but three years before he died of lung cancer he asks Phillip Morris to limit their advertising. The company says they are sorry for his ill health but they don't know how it is connected to their cigarettes.

Over the next three years they increase advertising expenditure to $6 billion an increase of 15%. In 1999 Phillip Morris acknowledges that there is some scientific evidence that cigarette smoking can cause lung cancer, heart disease, emphysema, and other serious diseases.

This sensation of feeling good takes place in the reward centre of our brains and gives us a sense of euphoria and relaxation - eventually this creates an addiction.

When we are quitting smoking we experience strong feelings of anxiety because of the starvation of nicotine and the corresponding reduction of dopamine. The euphoria and relaxation are no longer present and the result is painful. So as to avoid the feelings of pain and anxiety it is necessary to keep our levels topped up.

The use of replacement therapies such as patches or Electronic Cigarettes (not technically marketed as an NRT product) enable the levels to be kept up without the harmful effects of the other chemicals and, in particular; tar.  But these therapies don't help with the psychological addiction with the exception of course of the electronic cigarette which still provides the smoker with the sensation of smoking.

A combination of therapies such as hypnosis combined with patches can provide relief for the smoker suffering withdrawal symptoms.

Unfortunately many smokers turn to food as a comfort when suffering from withdrawal symptoms and we end up gaining weight. It is because nicotine binds so easily to our receptors that makes us become addicted so quickly.

Prescription drugs such as Zyban and Champix go straight to the root of the problem by dealing with the receptors themselves.

Nicotine has been shown to be more addictive than cocaine and heroin. This is explained in more detail if you go to my page on nicotine addiction.

Hopefully you have a better understanding of this awful chemical that we humans decided to inhale into our lungs. You know the truth - now it's time to quit!

Tips to help you lose that weight.

Return from "Nicotine" to "How to Quit Smoking"