Cigarette Companies Make Stacks of Money -Why Give them Yours?

This is a brief look at cigarette companies in Australia.

There are three major tobacco companies:

BATA is the largest tobacco company operating in Australia employing approximately 2300 people. It became the largest when WD & HO Wills merged with Rothmans.

BATA's major brands are Dunhill, Winfield and Benson and Hedges.

In 2010 the top six cigarette companies in the world made a combined profit of $35 billion.

PMA is a subsidiary of Philip Morris International and is the second largest tobacco company in Australia.

PMA delisted in the 1990's so it has no formal requirements to publicly lodge annual reports or financial statements.

ITC is the third largest cigarette company in Australia.

ITC has no manufacturing industry in Australia but sub-contracts to BATA to manufacture it's Australian brands which are; Brandon, Escort, Horizon and Peter Stuyvesant.

It is important to remember that these are net profit figures so this is after all the hundreds of managers have been paid their millions of $ in salaries. 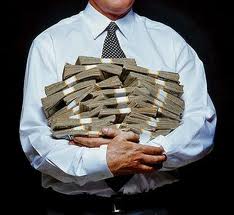 The Australian Government likes to take a fairly hefty chunk of the money you pay for a packet of cigarettes. In 2007 the price of a packet of Winfield was $11.00.

The Australian Government took $7.02. The cigarette company gets $2.70 per packet which is to cover the cost of making them and the profit. The retail margin is $1.28  - just the other day I watched as a lady bought 3 packets of Alpine costing her $60.00 - unbelievable!

This now highlights the problem here in Australia - if all the smokers suddenly quit what happens to all the tax we need?

Not your problem - stop making these rich businesses even richer - think about saving money and your health.

Return from "Cigarette Companies" to "How to Quit Smoking"