The Fear of Quitting is Real
Is there Life After Quitting?

Many people suffer from a fear of quitting smoking - fear stops them from quitting.

Everyone is the same - when you have been smoking for a large part of your life it is hard to imagine yourself without a cigarette.  I started smoking at 15 so I was a smoker longer than I was a non-smoker and that is true for most people.

My Fears About Quitting

ONE: That I would always have something missing from my life - that I would always be searching for what was missing.  I thought I would wake up in the morning and have nothing to look forward to because there would be no cigarette.

ANSWER: When you first quit smoking you do feel scared and that something is missing but this is the reality of nicotine withdrawal. It is painful and it is scary but it does not last forever. You have to look beyond the initial fear, pain and anxiety and focus on life as a non-smoker because if millions of other people in the world can be non-smokers then so can you. Don't let the fear of quitting stop you.

I had a dream about being a healthy person who didn't smell of smoke and had a chance at a long and healthy life - I was scared of lung cancer and emphysema and just not being able to breathe.

The following link: Why Quit will take you to an amazing website where you can read the personal stories of people who have smoked, got sick, quit, failed -all kinds of stories.  One of the stories is about Kim who had a lung removed - she talks about how we complain of the difficulty of putting up with cravings when we try to quit but those cravings are nothing compared to going through having a lung removed. 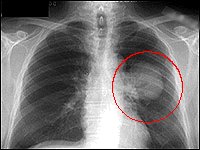 TWO: I was scared that I just wouldn't be a fun person anymore (I did think smoking looked cool and that smokers were more fun than non-smokers). My fear of quitting was so strong I feared that I would never again be able to enjoy a glass of wine or a cup of coffee if I didn't have a cigarette to go with it.

ANSWER: When I went to parties or to the pub as a smoker I always enjoyed a few drinks and a lot of cigarettes. If you get drunk and suffer from a hangover the next day I can tell you that the hangover is made worse by smoking too much. In Australia it is now illegal to smoke in pubs or restaurants (pretty much anywhere in fact) so it was getting harder to enjoy a cigarette with a drink anyway. Now, as a non-smoker it's great because I can sit and enjoy a drink without trying to find somewhere to smoke. I actually decided not to drink alcohol while I was quitting and now I rarely drink which is so much healthier.

THREE: The fear of quitting that if I quit smoking I could no longer enjoy a meal because the best part of the meal was lighting up a cigarette afterwards.

ANSWER: When smoking was banned in restaurants I had to go outside on the footpath to smoke which in all honesty was not very enjoyable. Even at home after a meal I had to go outside into the garden to smoke. Now that I have quit I sit at the table and enjoy coffee with my husband and I have complete enjoyment of the meal.  After time you just don't think about it anymore.

FOUR: I think I actually saw smoking as being part of my image - it was who I was - a smoker. The fear of quitting was the fear of not being me. Perhaps even as an adult I thought I was a bit "cool" smoking. But suddenly I did not want to be defined by a smelly addictive, disgusting habit. I wanted to always smell fresh and breathe clearly without wheezing.

ANSWER: Smoking is not trendy or cool it is gross! I had smoked since I was 15 so smoking identified me it was part of who I was but I realised that I wanted to be identified as someone who took pride in their appearance and health and that is me now.

FIVE: When I worked in an office in the city all the smokers would go down to the basement car park to smoke while people drove in and out of the car park. We had a lot of laughs on those cigarette breaks and my fear was that I would not know what to do on my break if I quit smoking. Life would not be fun and there would be nothing to look forward to.

ANSWER: I went and checked out the staff room (warm, cosy and inviting) and saw the non-smokers all having a laugh while drinking their coffee and tea in a clean air environment and it got me thinking. Puffing on a cigarette while standing in a cold carbon monoxide filled car park - what was I thinking? After I quit I sat in the cosy staff room enjoying the company of other non-smokers and it feels great!

SIX: The fear of living without nicotine.

ANSWER: I had lived 15 years of my life without nicotine and 28 years with nicotine and that is why I was so scared. The first 12 months of living without nicotine was the hardest and it was hard! But as I suffered through that first 12 months I felt a sense of pride at what I was doing. Finally I was quitting and the longer I went without a cigarette the more determined I was not to suffer through another hard patch. I realised that it was simply a fear of quitting and I had overcome the fear. I did NOT want to go back to the beginning and start all over again and the only way to avoid that is to do it - get rid of the nicotine in your system, suck up the pain of withdrawal and be proud of yourself for doing it!

Return from "Fear of Quitting" to "How to Quit Smoking"