The Awful Truth About Nicotine Addiction

Nicotine addiction is extremely powerful because it is both psychological and  physiological.

What this means for the smoker is that not only does he/she have to endure the physical pain of withdrawal from a drug but the smoker also has to break a well formed habit.

Addiction to nicotine is easily created because this nasty chemical pesticide is easily taken up by the receptors in our brains.  This causes the release of dopamine and dopamine is our brain's feel good chemical.

It is widely believed that nicotine addiction is stronger than cocaine or heroin addiction and the reason for this is that after we quit smoking the memory pathways in the brain crave the dopamine release it used to get from smoking.  This hangs around for months.  This means that every time you smell a lit cigarette you crave it.

With cocaine and heroin addiction the brain does not crave it - it forgets about the 'high' very quickly - it is actually the addict who wants to experience another 'high'.  The heroin addict will go through 12-15 days of cold turkey which is extremely painful but then it is finished.  The smoker will crave a cigarette for months after quitting.

There are literally millions of people in the world who do not smoke - they have the same stress as you, the same problems and the same emotions but they don't smoke. Why? Because they didn't go and get addicted to nicotine!

When I started smoking it was the 1970's there was a popular billboard advertisement for smoking which was a picture of a beautiful, young, blonde girl in a bikini lying on a white sandy beach smoking a menthol cigarette. I didn't look at this girl and think "she's suffering from nicotine addiction!" Or "I bet she ends up with emphysema!  But I did want to be as cool and beautiful as her and hey - I was only 15 so I was fairly impressionable. And the same goes for my friends and there is nothing like peer pressure to get us all hooked.

Twenty eight years later and there was nothing cool, fun, vibrant or healthy about the phlegm (yuk-sorry!) that I was coughing up or the bouts of bronchitis I endured every year.

The effect of nicotine on the addiction centre in our brains is so strong some have referred to it as a real entity called the nicotine monster.

The longer you smoke the stronger the nicotine addiction so don't be disheartened when people try to tell you that they found it easy to give up when it turns out they have only been smoking for a year (and most of that socially!).

If nicotine were not addictive people wouldn't smoke - think about it. They would smoke for a while and then when it wasn't convenient or they couldn't really afford a packet they would go without.

If nicotine withdrawal didn't exist it would be easy!

Smokers don't like to admit that they are addicted though they would rather convince themselves and everyone else that they enjoy smoking and that it makes them happy!

If it makes them so happy why are they always looking for ways to quit?

The benefits of giving up smoking far out way the small amount of pleasure smoking gives.

Some people use Zyban or Champix in order to try and quit and the mere fact that people are willing to turn to powerful prescription drugs is an indication of just how hard quitting is - it is nicotine addiction!

You will experience anxiety and pain, both psychological and physical and you should seek alternative therapies to get over that. Whether you try meditation, yoga, hypnosis or even acupuncture all of these things can help with the anxiety you will experience.

Hypnosis is amazing for getting you through the tough times. This amazing therapy is natural, harmless and leaves you feeling calm and in control.

Many smokers are so terrified of putting on weight that they use that as their reason not to quit but gaining weight should never be the reason you choose not to quit.

The only reason that I was able to quit smoking finally was because I faced up to the simple truth that I was a drug addict and my drug of choice was nicotine! Now it's your turn.

See smoking for what it truly is and be the person in control. As a smoker you are letting nicotine addiction control you but if you quit you win! Be the winner.


Return from "Nicotine Addiction" to "How to Quit Smoking" 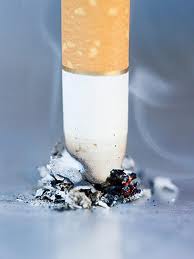 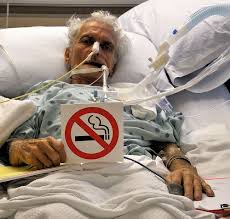 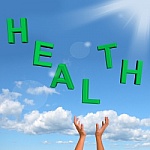