These are the Chemicals that Start With the Letter A

This is the list of chemicals contained in cigarettes that begin with the letter A. Some explanations of what they are have been included - the rest are a work in progress. Some are just scary! When we smoke cigarettes our bodies become overloaded with these chemicals and quite often when we quit smoking we become unwell or sometimes violently ill for a while. This is due to the body learning to function in their absence.

Acetanisole
-an aromatic chemical compound with an aroma like butter it is used to flavour butter. In nature it is found in the glandular secretions of the beaver.

Acetic Acid
- makes up 5% of vinegar - used in the manufacture of plastics, dyes and insecticides.

Acetoin
- also known as acetyl methyl carbinol and it is also used to flavour butter.

Acetophenone
- used in resins and fragrances.

2-Acetyl-5-Methylfuran
- used in coffee, tomato juice and as a perfume fragrant.

Acetylpyrazine
- found in beef and pork.

Ambergris Tincture
- whale vomit: a fatty waxy substance that forms in the intestines of the sperm whale, it is foul smelling and floats on the ocean surface.

Ammonia
- a colourless pungent gas produced by the decomposition of nitrogenous organic matter.

- Household ammonia is dilute ammonium hydroxide and is used in many cleaning agents.

- Used as fertilizer and as a fire retardant.

Amyl Alcohol
- a colourless oily liquid that is used along with the whole Amyl family as a solvent.

- Has a smell similar to pears apricots and is used specifically as a flavouring in cigarettes.

- amyris is a flowering plant in the citrus family﻿

Apple Juice Concentrate, Extract, and Skins
- exactly what it says

- exactly what it says

- used in the making of optical materials


Return from Chemicals A to Home. 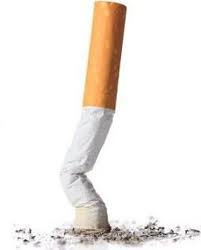